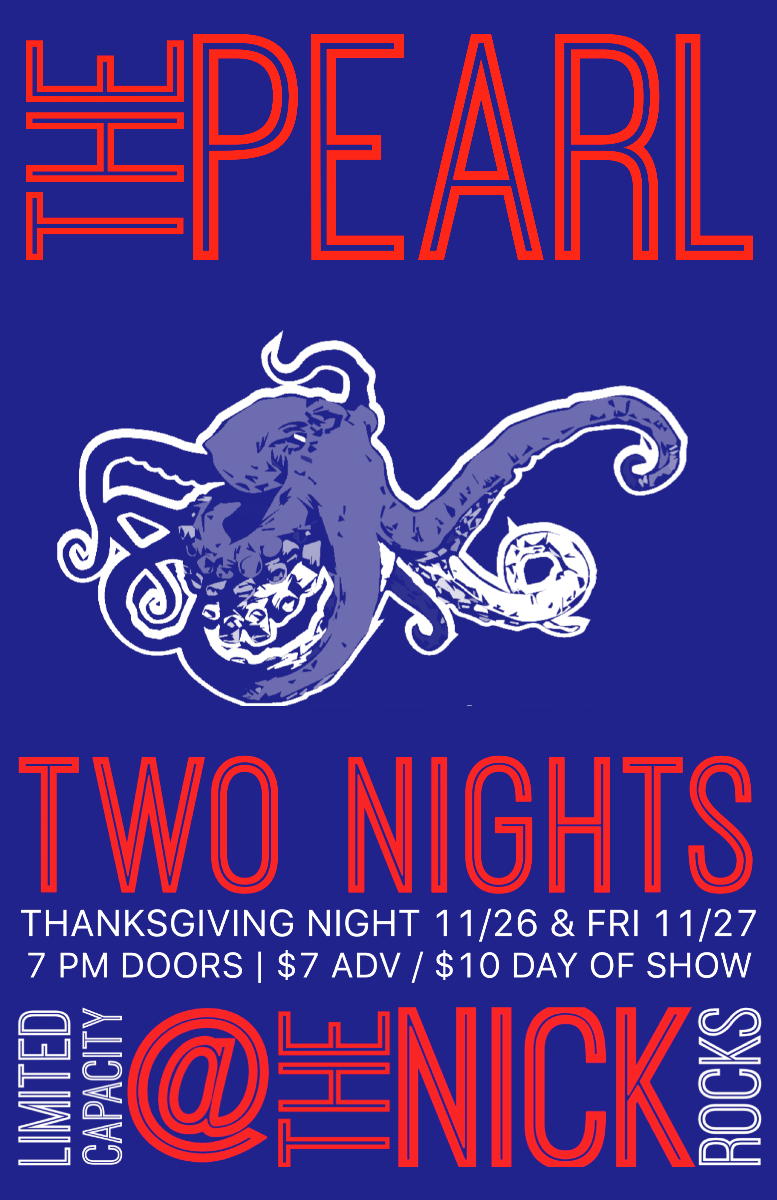 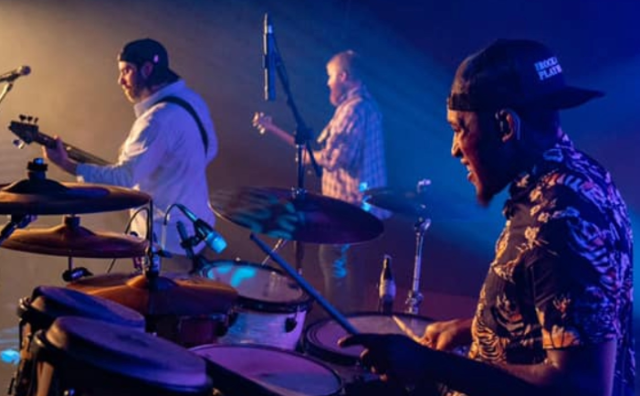 Beck Hall, DeVonte Hutchins, Taylor Goodwin
Whether exploring funkified aquaboogie, deep ambient ocean vibes, or the crests and waves of soaring instrumental rock and roll, The Pearl have slowly started to establish themselves as one of the more polished gems of the local jamband scene. Helmed by veteran bassist Beck Hall, guitar phenom Taylor Goodwin, and percussionist Charles Gray, the trio’s infectious and improv-heavy grooves have made them a new favorite among live music lovers everywhere from Avondale Brewery and Saturn to Zydeco and Little Italy’s. Well-versed in the tension-and-release dynamics of bands like Phish and jazz-fusion outfit Snarky Puppy, the group’s wide-ranging mix of original material alongside inventive covers of everything from ’80s movie themes, to Prince, Pink Floyd and Paul McCartney tunes, have seen them inch ever-closer to peaking their heads above the surface to a more mainstream audience, while still staying rooted in a close-knit community of like-minded artists and musicians from around the city. Happy to share both songs and the stage with acts like Little Raine Band, Tragic City and Winston Ramble, the band has made a point of helping foster a strong camaraderie among fellow travelers, collaborating with— and even covering— their musical brethren.
As a longtime fixture among older players from the area, Hall first got his start playing around town at the age of 14 before eventually finding himself in the company of people like local jamband icons Matt Slocum and Chris Fryar from Oteil and The Peacemakers, honing his low-end skills alongside some of Birmingham’s most talented musicians in his early-20s. Having also played in several other improvisational Birmingham bands like The Stop and Looney Mill, it wasn’t until he hooked up with Goodwin and Gray after returning from a stint in Nashville that his current musical aspirations found a proper home. Combining Goodwin’s background in country and bluegrass with a shared love for the musical stylings of the Dead, Hendrix and Allman Brothers, it wasn’t until the addition of Gray’s gospel and jazz-influenced rhythms that the trio truly gelled and found their “energetic feng shui.” And although the group has yet to put out a proper release, with plans for a live and studio album on the way, it’s only a matter of time before their kinetic sonic conversations in concert find their way out into the world at large, dropping hard-won musical wisdom in a fun and dance-friendly setting. And whether their playing shows set to the backdrop of nautical-based visuals like David Attennborough’s Deep Blue documentary or for local live video sessions like Ryktor, there’s a lot to love about these up-and-coming jewels of the sea.”
September 2019 - “Who’s Driving The Birmingham Music Scene Right Now...”
THANKS TO B-METRO MAGAZINE & LEE SHOOK FOR THIS GREAT ARTICLE!