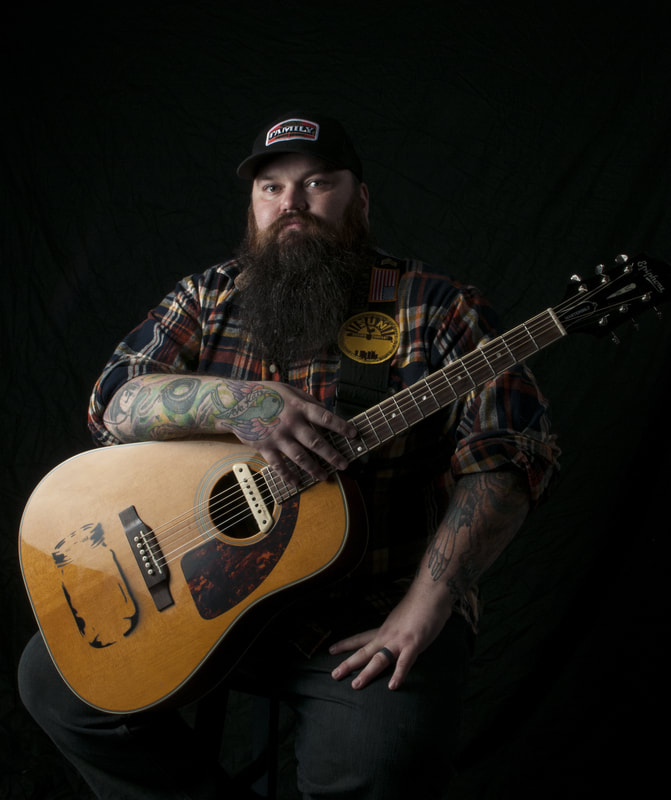 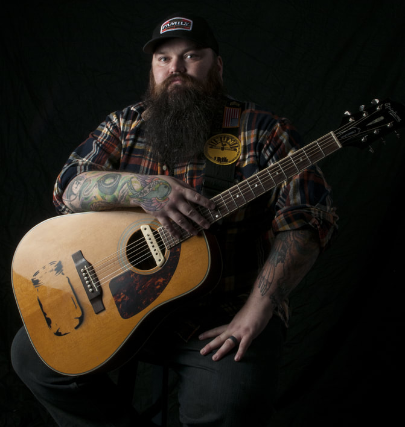 Eric Bolander's flavor of Americana/folk music offers soulful vocal tone with thoughtful melodies that have staying power.  Lyrically driven by life experiences, Eric's songs will give you a glimpse into his life and a realization that happiness can be perpetuated through pain.

Eric grew up in the small eastern KY town of Garrison in the Ohio River Valley along the foothills of Appalachia (pop. 1400).  He learned through his Dad to work for what you want/need and never take someone for granted.  Love and work ethic were driving forces of his humble upbringing.  Eric now lives and works out of Lexington, KY.  He's called Lexington home for most of his adult life.  An Art Teacher by day and Musician by night, Eric's mind is always immersed in the arts.  Passion for the arts is what keeps him moving forward.
MarDe Brooks
Rock 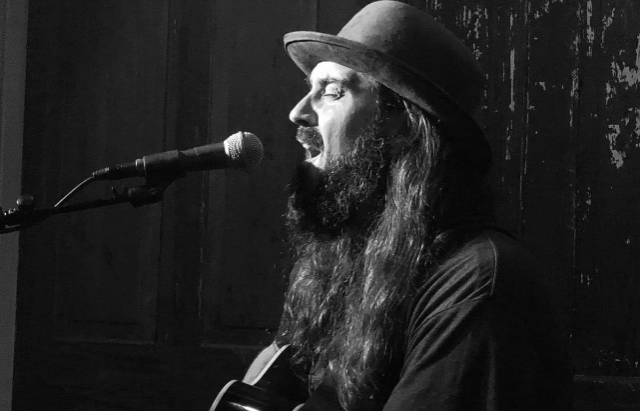 MarDe Brooks’ debut release, Running Out of Time, without question, is bound to be your new favorite album of 2020.

As the very first notes hit the air, you hear the impact of a young boy spinning his daddy’s vinyl collection, you feel the echoes of the small Alabama mill town on the banks of the Chattahoochee River—and, you hear his heart.

This powerhouse vocalist and rhythm guitarist wrote his first collection of songs in just under a year at his home in Valley, Alabama after spending 11 years as frontman of the rock band Fifth Element. During his time with Fifth Element, they opened for heavy hitters Blackberry Smoke and Drivin’ and Cryin’, to name a few.

Brooks felt the call to write and perform his own original music and reached out to a songwriter friend in Mississippi who encouraged him to gather his influences and experiences—and put pen to paper. Brooks used this inspiration to craft a collection of original songs that are surprising in their candidness, comforting in their familiarity, and disarming in their authenticity.

MarDe then decided to record his new songs and signed up to work with producer and engineer Greg McGowan at his studio Rose City Recording in Charleston, West Virginia.

The session brought together some of the region’s best and brightest musicians and in a truly creative and collaborative spirit, the album came together with an electric current of ideas. Joey Lafferty on bass, Mark Cline Bates on keys, lead guitarists Jeremiah Hatfield, David McGuire, and Travis Egnor trading licks, and rounding out the rhythm section were drummers Jeremy “Wood” Roberts and Eric Robbins. Also sitting in was fiddler Molly Lynn Page who added a special flavor to Brooks’ songs. And, songwriter Ritch Henderson, Jeremiah Hatfield, Eric Robbins, and Mark Cline Bates lent their voices on harmony vocals.

Running Out of Time will take you on a journey—deep tones that stretch from central Alabama to the hollers and hills of Appalachia. It is an Americana album through and through:  infectious and compelling, shrouded in a certain kind of timelessness, and written from a place of both struggle and hope.

After Brooks made the decision to step from a day job into a solo music career, the universe answered in kind. Onstage, his magnetism tears down the walls to connect with audiences across the South. Brooks opened for the newest Oh Boy recording artist, Arlo McKinley, toured with fellow Alabama songwriter Ritch Henderson, and, also appeared with the traveling songwriter showcase HiIlbillies and Guitars. He has received invitations to perform at regional festivals such as Gypsy Fest and Kentucky’s Festival of the Red.

As his lyrics say, “Even if you do things the right way, you don’t always get what is earned.” But, sometimes—and especially in this case—MarDe Brooks will definitely get what is earned. In fact, he just made an album that you’ll be singing along with for a long time to come.Singer-songwriter & musician from AL