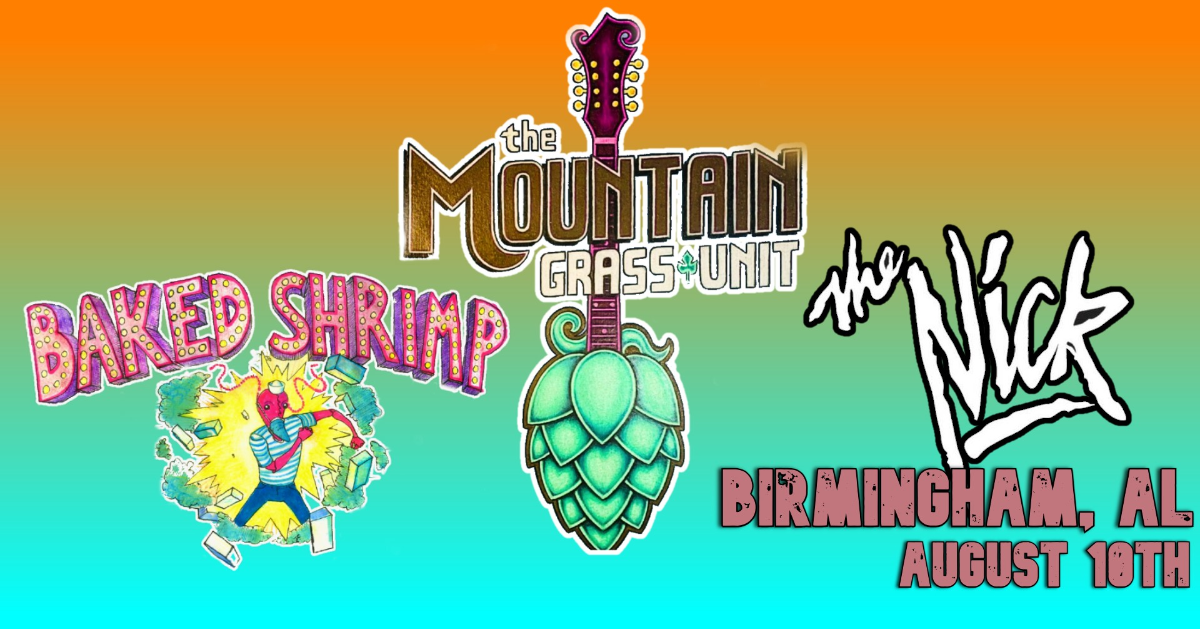 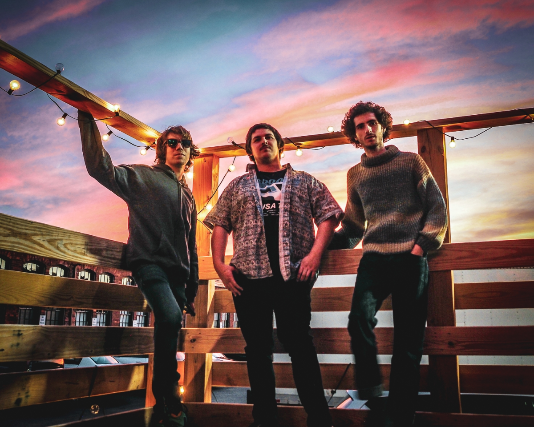 "One of Long Island's best kept secrets." Since forming in January 2017, Baked Shrimp has established a name for themselves across the Northeast region of the United States. In just three years the high-energy rock trio has performed multiple extensive tours, released two albums, and is a name being consistently added to the festival circuit. Baked Shrimp has billed with artists such as Dweezil Zappa, Lotus, Spafford, Mungion, and Pink Talking Fish on festivals such as Great South Bay Music Festival (NY) and Larrypalooza (PA). The band has featured sit-ins by Ryan Dempsey (Twiddle) and Brandon “Taz” Niederauer, and has also warmed up for acts such as Sophistafunk, DELA (Slightly Stoopid), and Brandon Niederauer Band. Baked Shrimp is rapidly making new fans outside of their home-base of New York on their tours across the Northeast United States. 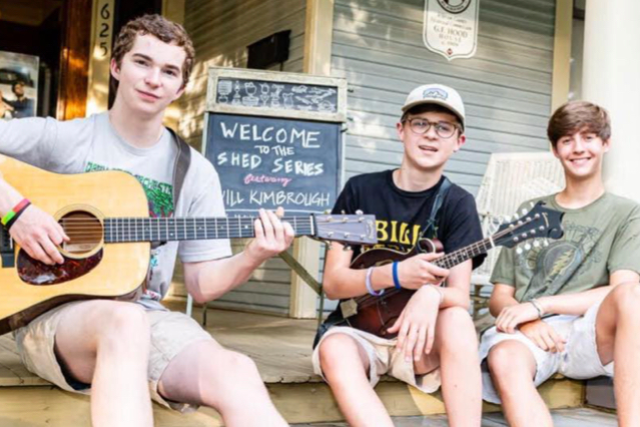 The Mountain Grass Unit consists of three Birmingham teenage pickers, Drury Anderson (mandolin and vocals), Luke Black (acoustic guitar and banjo), and Sam Wilson (upright bass). The Mountain Grass Unit has played music festivals, private functions and multiple music venues, playing bluegrass tunes and adding a bluegrass touch to country, jazz, funk, rock, and even metal. They have opened for bands such as The Sam Bush Band and Kingfish. The fast pace picking and acoustic touch makes MGU unique. With the addition of Luke Black and Sam Wilson on harmonies, The Mountain Grass Unit has established the firm foundation to take on not only the vocal harmonies of traditional bluegrass tunes, but also the freedom to adapt songs from various genres to an all-acoustic format.  Aside from their original songs, all three are equally comfortable restyling a Tony Rice number, a classic Grateful Dead tune or covering contemporary acoustic masters like Billy Strings. The youthful exuberance and energy they bring to the stage is always remarkable.  Their competency at what they do was best described by Birmingham music promoter Steve Masterson when the boys performed at his Acoustic Café festival: “They don’t just play good for their age, they play good. Period”.  Sam, Luke and Drury are excited to share with their audiences this new and exciting musical chapter.