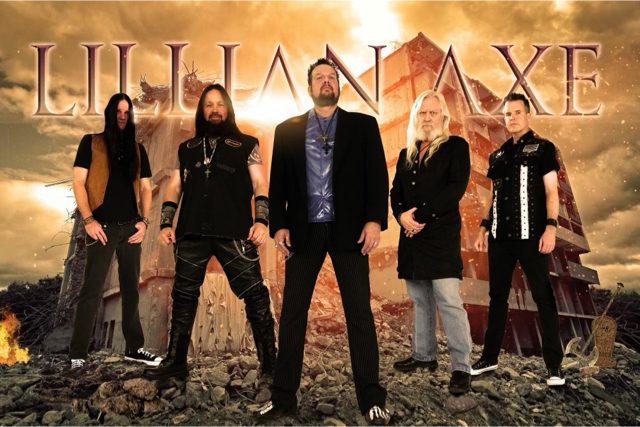 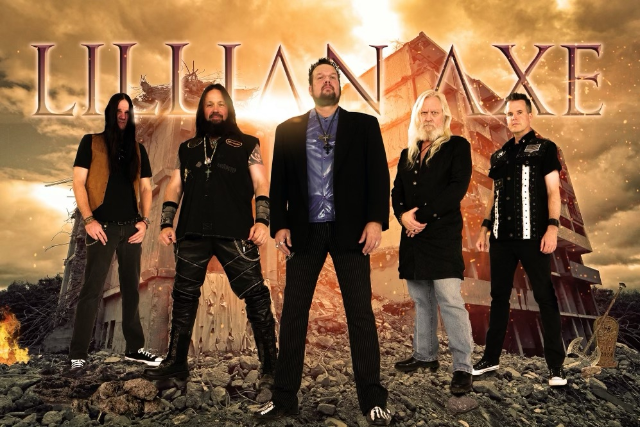 The big shot producers, major label record deals, videos for MTV, quarter of a million record sales in the United States alone, New Orleans survivors Lillian Axe have persevered through the years and still to this day, record new music and tour…

From humble beginnings, the New Orleans-based hard rock act rose above the cream of the bands touring the U.S. club circuit. Within three years, the band’s live show had built a reputation that could not be denied and was becoming legendary. While performing an opening stint with Ratt, Poison and Queensryche, the guys caught the eye of MCA Records executive Irving Azoff and also Marshall Berle (nephew of Milton Berle) who, at the time, was managing rock superstars, Ratt. Irving Azoff immediately signed Lillian Axe.

Fueled by their hit single, “True Believer” followed by their cover of the Badfinger classic, “No Matter What” and VH1 Classic favorite video for “Show A Little Love,”; Lillian Axe reached the upper 100 of the Billboard album charts and with True Believer hitting number 37 with a “bullet” on radio’s R&R charts. Lillian Axe was well on their way to finally becoming a well deserved success story. In 2010, Lillian Axe was introduced to multi-platinum producer, Sylvia Massy, and a creative working relationship was formed. Sylvia Massy is best known for her work with the band Tool (“Undertow went 2x platinum and “Opiate” went platinum). She also has gold and platinum records with Green Jelly, Powerman 5000, and The Red Hot Chili Peppers. Sylvia has also worked with Johnny Cash, Prince, Sevendust, The Deftones, and Seven Mary Three. The single, “47 Ways to Die”, was remixed by Sylvia Massy and was included in the film, The Hit List starring Cuba Gooding Jr. and featured during the opening credits.

In 2012, Lillian Axe had the honor of working again with Sylvia Massy on their eleventh release, XI: The Days Before Tomorrow. Platinum producer Sylvia Massy had this to say about the songs on XI:The Days before Tomorrow, “Damn! These guys know how to write! I love the new songs!”

2014, is going to be a banner year for Lillian Axe. Lillian Axe released a colossal 13 CD box set, entitled Convergence on February 1, 2014 containing all of Lillian Axe’s releases from 1988-2012 with a bonus CD of highly sought after unreleased Lillian Axe songs. Convergence was sold as a limited edition release through the Lillian Axe fan club and immediately sold out. On April 15, 2014, Lillian Axe unleashes their thirteenth release entitled, “One Night In The Temple”, a 2 CD (20 songs), DVD and Blu-Ray celebration featuring all their hits and fan favorite voted songs performed acoustically in an intimate setting housed in a Masonic Temple where Lillian Axe has recorded their last few albums. Filmed in high definition, the Blu-Ray and DVD will feature the acoustic live performance, fan question and answer session, videos for “Caged In” and “Death Comes Tomorrow,” live footage from their July 4, 2013 concert at the Paragon Casino and some very cool behind the scenes footage. “One Night In The Temple” will be released both as 2 CDs and 1DVD and 2 CDS and 1 Blu-Ray on CME Records / Sony Music in the USA and Canada and on Melodic Rock Records / Cargo Distribution worldwide.

Often regarded as underrated American hard rock gem, they are consummate professionals, balancing song structure & melody with a heavy edge. The most impressive aspect of this enduring group might just be their innate ability to remain relevant while never shunning their vibrant, vintage metal heritage.