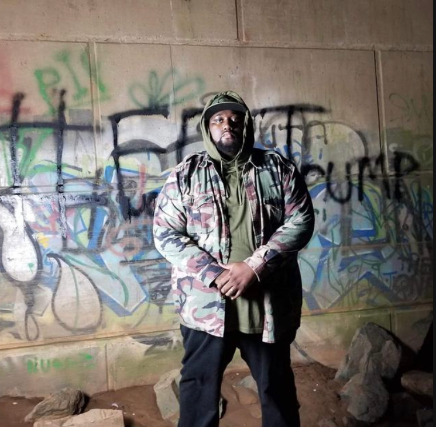 Baton Rouge veteran emcee Marcel P. Black has already received high praise from some of the most well respected names in Hip-Hop. Most recently Marcel was featured on XXL.com’s list “12 Baton Rouge Rappers You Should Know,” also highlighted on HipHopDX.com’s “Up Next By DX” feature.

A true grassroots, DIY, indie/underground emcee, Marcel balances being a leader in the Baton Rouge scene as he facilitates monthly and quarterly events in his local Hip-Hop community, and a pioneer/ambassador with a serious touring schedule that's led him to stages in every region of the United States, including festivals such as A3C in Atlanta, Georgia, the 2X2 Fest in Columbus, Ohio, Secret Stages in Birmingham, Alabama, and Jackson Indie Music Week in Jackson, Mississippi just to name a few.

Marcel has always used his platform as an emcee to bring light to social justice issues, from organizing benefits for National World Aids Day, and raising money for the children of Alton Sterling, to speaking on panels and lecturing on the intersection between social justice and Hip-Hop in collegiate and high school classrooms. The husband/father/artist/activist/youth worker’s goal is to use Hip-Hop culture as a conduit to freedom. 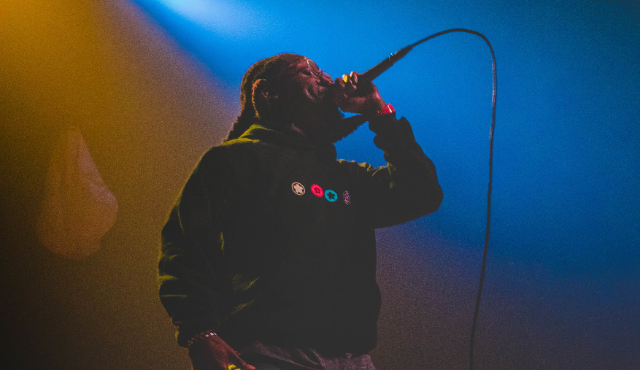 
UnderDogCentral creator & emergent New Orleans rapper Alfred Banks has garnered acclaim from some of rap’s most esteemed publications. In addition to being named one of Complex’s 10 upcoming New Orleans MCs, Banks has been featured prominently on The Fader, HipHopDx, Okayplayer & on DJBooth’s list of Top Indie rappers from Louisiana. Having played at Voodoo Festival, Buku Festival, A3C Festival, and Austin’s SXSW, Banks has also made headway in Europe, Performing at the Reeperbahn Festival in Germany & starring in a Volkswagen ad campaign featuring his song “HomeComing”.In late 2016, BBC Russia interviewed Banks, extending his reach well beyond Europe. Most Recently, Alfred’s Song “UnderDogCentral” can be heard in the Netflix Movie “Burning Sands”, which was Executively Produced by Common.

Banks released his LP, The Beautiful. The Beautiful, Inspired by his brother’s struggle with mental illness and his eventual suicide, serves as his most successful to date with a Debut at #12 on iTunes’ “Rap/HipHop” Charts, #3 on Bandcamp’s “Rap” Charts & #79 on BillBoard’s “HeatSeeker” Charts. The album features a conceptual approach dealing with schizophrenia and the complexity of identity. The National Alliance of Mental Illness (NAMI) & UnMaskNola both took notice of Banks’s music and its focus on mental-health awareness, and partnered with him on promotional efforts for The Beautiful.

Touring has become the bread & butter for Banks, having opened multiple tours for Established artists including Tank & The Bangas, Bounce Rapper Big Freedia, NerdCore Artist MegaRan, Former XXL Magazine Freshman Mickey Factz. & Several Headlining Tours of his own. More Major press came Alfred’s way by being named one of the Top 10 Finalist in Vans’ “Share the Stage” Competition. With that, came features on The Fader, Consequence of Sound & Placements on the Soundclound/Spotify Playlists curated by Vans. All of these accomplishments culminated in Alfred winning the “Best Rap/Hiphop" Artist” Award at the 2018 OffBeat Magazine “Best of the Beat” Awards show in his hometown of New Orleans. With all of this happening, it seems the future looks bright for Alfred. The UnderDog is becoming the Top Dog. A Birmingham Native and Super Solid Records Co-Founder/Artist from the neighborhood of West End, Michael Kure. Is a rising artist who broke through the Birmingham music scene with his debut mixtape “UNKNOWN EP”. Where you heard him spitting clever and refreshing lines about his past life and how God became a strong influence in how he maneuvers in the present. With off the wall skits of him and his friends where they seem to interrupt him from working on his craft as an emcee. Doing shows and lighting up the Birmingham’s music scene he became one of the young, elite and must see emcee’s in the city. Following his strong finish to 2018, he released a sequel to the “UNKNOWN EP”, declaring this the “UNKNOWN EP ll”. Which is still a mixtape but became more like an album to some fans because this tape showed a new level of confidence for the young artist. Expounding on the breakthrough “MR. UNKNOWN”, which is how he references himself through the opening song title” had the previous year, he had fans and peers to express there love for what he has done artistically calling them “APPRECIATION SKITS”. With new lanes being opened, he began to hit the road to do shows out of town and bigger Birmingham gigs such as its Annual festival “Secret Stages”. Since then he has not looked back and all this success has flourished from 2 SoundCloud mixtapes. His skills as an emcee are in no question of being highly respected by his listeners and peers so he has nowhere but up to go from here.
Beezie Conwell
Hip-Hop/Rap