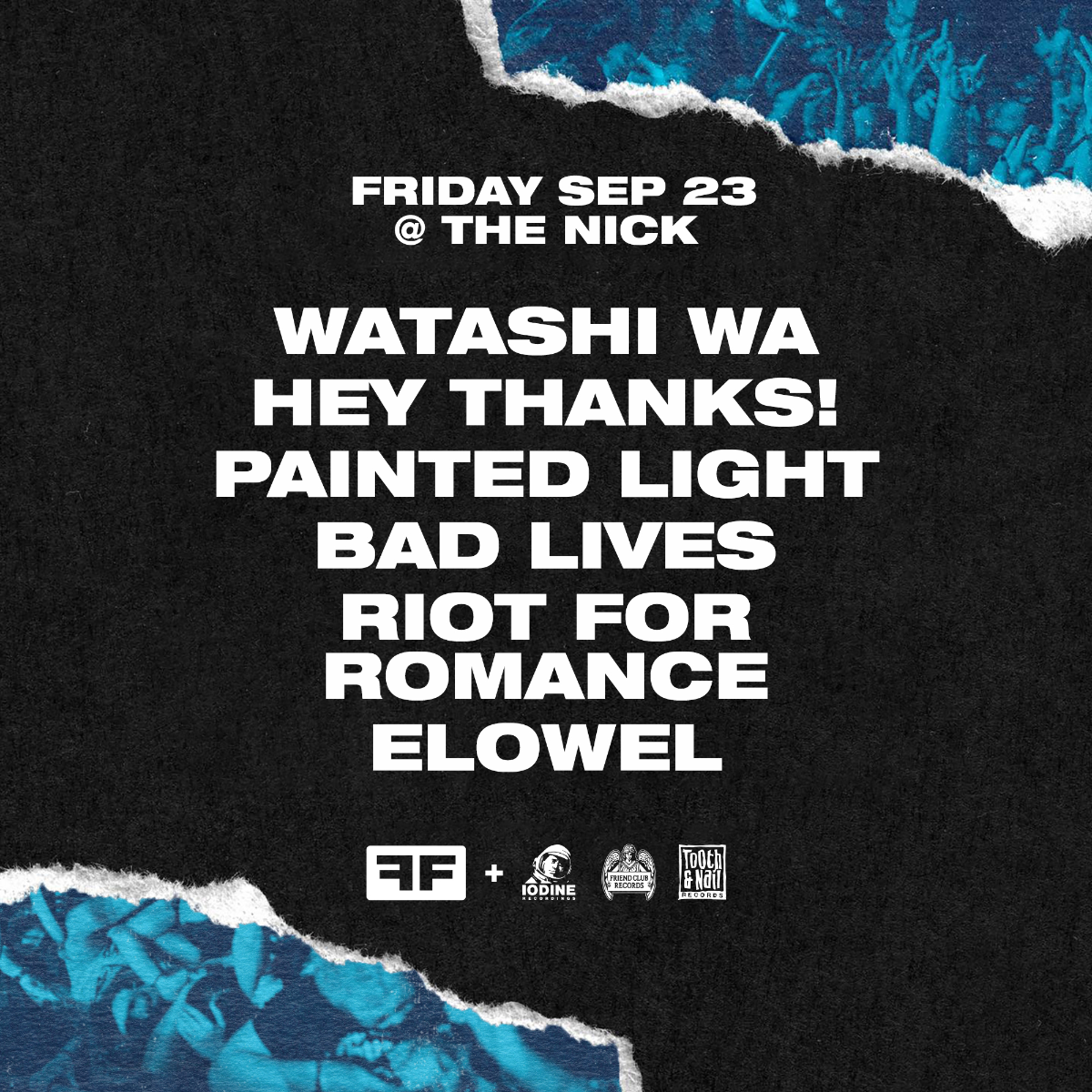 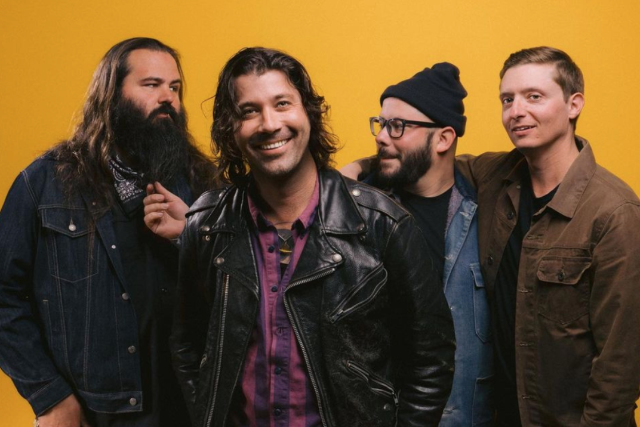 “It was the right time,” he affirms.“ I felt called to do Watashi Wa again—as if this was what I was supposed to be doing. In the past, it was often difficult. Now, the songs came out easily. When I was writing, it just was Watashi Wa. These days, my perspective on music is similar to the freedom I had when I was younger and first started the band. Things in the world pushed me towards it even more. I thought, ‘Why not just do Watashi Wa again?’”

Watashi Wa initially emerged at the turn of the century with an artful fusion of pop universality and rock unpredictability. Following the success of What’s In The Way, the group found a home at Tooth & Nail Records and unveiled the seminal The Love Of Life to fan adoration and critical praise. Watashi Wa morphed into Eager Seas with the transitional Eager Seas in 2006 (the last record released under the Watashi Wa name). Eager Seas became Lakes and enchanted audiences with the Photographs EP, boasting popular guest collaborations with Aaron Marsh of Copeland and Mike Herrera of MxPx.  Under the Lakes moniker, introspective offerings followed—Agreement [2010] and Fire Ahead [2014]—before Seth flew the Eager Seas banner again on Mine As Well [2018]. Along the way, he launched Bonnie Dune with late Glee star Cory Monteith on drums. Between a career in marketing and full-time duties as a father, Seth continued writing throughout 2020.

He experienced a revelation as the material took shape.

“When we broke up, we were in our early twenties, but we’d been together for almost ten years,” he states. “I was young, immature, and jaded. My ideas were naïve, because I thought I couldn’t do this if I was the only original member. I never thought the first Eager Seas album was a Watashi Wa album even though we put it out under that name. Fast forward, I’m at a different place. My kids are older. I have more life experience. Once I began writing, I asked myself, ‘Why wouldn’t this be a Watashi Wa album?’ All of those old roadblocks in my mind aren’t there anymore. I tried to focus the vision on what Watashi Wa to me. It was always a bigger vision of how we’re all connected. It was based on positivity. This body of work is rooted in faith and optimism.”

He teamed up with Tyler, penning initial ideas at an Airbnb in Santa Cruz before recording in Tyler’s Paso Robles studio and at his own home. They assembled “The Good Times” choir to accompany them, including Seth’s wife and daughters Danielle, Arabella, and Nola Roberts as well as Dori Duke, Sierra English, Dom Odenwald, Taylor Odenwald, and Dana Hawk. The opener and first single “Let Me Prepare You” sets the tone with its head-nodding beat, soaring guitar leads, and buoyant hook. Seth’s voice echoes on the unshakable chant, “Let me prepare you for the good times.” It fittingly concludes with choral harmonies over a violin melody.

“I wanted to capture what I love about music, which is the raw human soul and careful craftsmanship,” he notes. “Life is a balance of good, bad, and challenging moments. If you step back, the duality is beautiful. It’s a reminder to prepare yourself for future challenges, because there are going to be more. There will always be change; it’s the most natural thing in the universe. Remind yourself of what has happened and the lessons you’ve learned. Having my kids and our friends on it was amazing.”

Meanwhile, “Trust Me” hinges on a palm-muted riff and simmering percussion as Seth’s voice echoes, “Everything you are is everything I’ve got…and I’m not gonna stop until you trust me.”

“I was thinking of how our lives relate to technology,” he admits. “With parenting, you’re faced with choices, ‘Do I want my kids to have phones and social media?’ It’s important to put technology in its place and stay connected enough as humans to a point where we can shut down our phones.”

An airy synth glistens above “Zombie” as The Good Times hum in unison, culminating on an empowering and entrancing refrain.

“It’s the most personal tune, because I’m reclaiming Watashi Wa,” he continues. “It’s about living without fear, celebrating our uniqueness, getting out of divisive tribalism, and embracing love and grace for each other.”

Then, there’s “How Will We Live.” Its delicate melodies grasp on to independence over the glow of guitars.

“Be who you are and don’t let anyone stop you,” he exclaims. “Just because others may doubt you, it doesn’t mean anything. You can do so much if you don’t allow anything to get in the way.”

“Like You mean It” examines relationships from a place of wisdom spiked with the perfect amount of youthful wonder (and saxophone!).

“It’s almost written from my teenage self about inviting people to be accountable to love,” he notes. “Somebody will say, ‘I love you’. When life becomes challenging, it’s hard. With my family, we’re holding each other accountable to love, so say it like you mean it.”

In the end, Watashi Wa are equally accountable to a message we need now more than ever.

“I hope People Like People is uplifting,” he leaves off. “I hope it gets everyone together again off their phones, away from their televisions, and back together in real life dancing once more. We’re still simply trying to bring people together through music.”

"Like if David Bazan was writing songs for Local Natives" 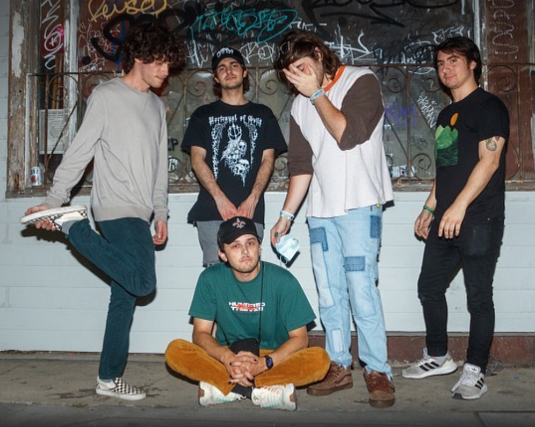 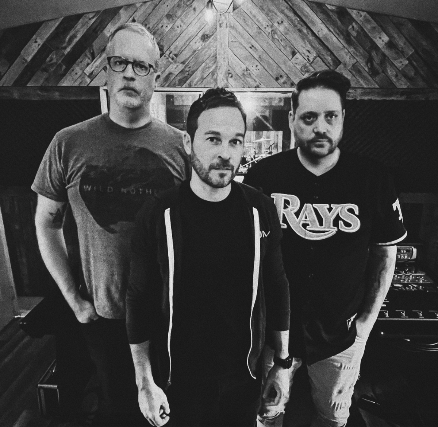 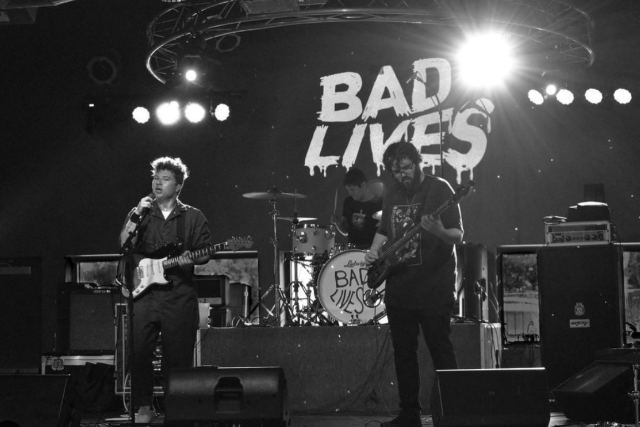 Bad Lives is an indie rock / alternative rock trio from Dallas, TX. The band is comprised of frontman and founder Jordan Taylor Thomas, bassist Hunter Haddad and drummer Stormi King. The project started in 2018 while Thomas was attending the University of Nebraska studying theatre where he would experiment with the retro sounds and songwriting techniques that would later become Bad Lives. After graduation, Thomas returned to Texas and began writing the tracks that would form the Bad Lives EP.

In 2021, Thomas took the four tracks to Orb Recording Studios in Austin, Tx and worked with Blue October bassist Matt Noveskey and engineer Victor Gaspar. The tracks would release later that year. In late 2021, Thomas added Haddad and King to the band and the rest is history. The band has since released 3 singles, expanding on the Bad Lives sound. Bad Lives is currently working on releasing their first compilation album and is hitting the stage all over north Texas.