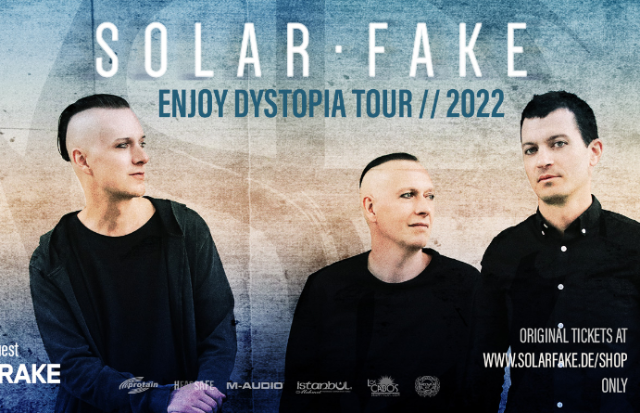 In the years that followed there were support tours for example with VNV Nation, Project Pitchfork, Peter Heppner, Covenant, and Camouflage, in addition to their own concerts and festival gigs, as well as further releases, such as the “Resigned EP” (2009) and the album “Frontiers” (2011).

With their third studio album, “Reasons To Kill” (2013), Solar Fake had their first entry in the official German album charts ever, with all the following albums hitting these charts as well. During their first own headliner tour for this album, there was a line-up change for the live act. Since then, Sven’s former band mate, André Feller (keys, bass; formerly Dreadful Shadows), has been joining Solar Fake onstage.

With their 4th album, “Another Manic Episode” (2015, album charts #31), Solar Fake joined the Berlin-based cult label “Out Of Line Music”. For the first time, a fan box and vinyl versions were released, starting a tradition that has been kept up until today: an acoustic album as part of the fan box including piano and acoustic versions of the songs of each new album.

Subsequently, there were headliner tours and global gigs, crowned by their participation in “Gothic Meets Klassik” at Gewandhaus, Leipzig, and a US tour together with Aesthetic Perfection in 2017.
Also in 2017, Solar Fake’s first acoustic tour took place in Germany, as a result of which the acoustic live album “Sedated Live Acoustic”, recorded during their concert in Hamburg, was released in the same year.
At the end of 2017, Jens Halbauer (drums; Die Art, Fliehende Stürme) made the live setup, that had been unchanged since then, complete.

In 2018, the 5th studio album, “You Win. Who cares?” (album charts #20), was released, followed by a tour that was sold-out almost everywhere, many festival gigs, and lots of concerts all over the world.
Resulting from this, the live double album “Who cares, it’s live!” (2020, album charts #25) was released.
In 2019, their former record label, SPV, released the first 3 albums as a 3CD digipak called “One2Three”, which included not only the original albums, but also live recordings.

The highest chart entry ever for the band has been with their current album “Enjoy Dystopia” (2021, album charts #4). Due to the ongoing pandemic, the tour for the new album had to be postponed to 2022. However, a few open-air concerts compliant to corona regulations are planned for the summer.

Sven Friedrich has always been Solar Fake’s only songwriter and has produced all albums at his “Rosa Falke” sound studio. On the albums, the multi-instrumentalist plays all instruments by himself, with the exception of the live albums.

During the corona crisis lockdown, the 3 musicians Sven, André & Jens started a humoristic podcast that has been broadcasted (nearly) every week and has become very popular. 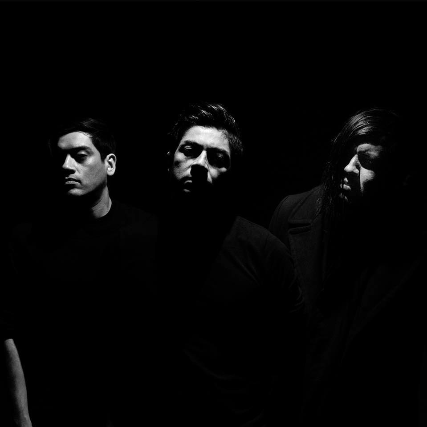