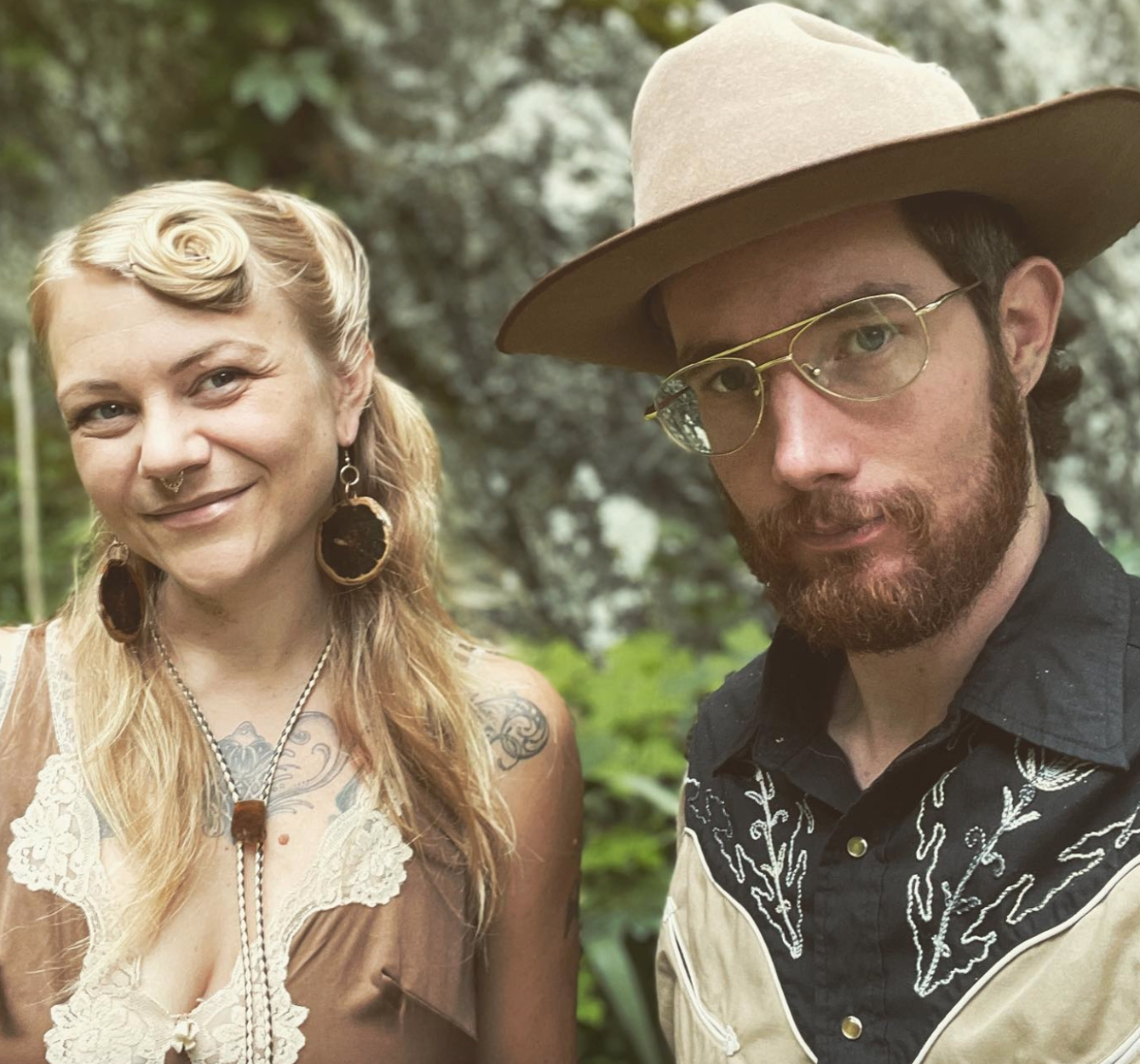 Additional Info
The Nick is a Private Club - Membership Card ($5 Per Year) & Valid ID - 21 + Up to Enter.
Artists
The Resonant Rogues
Folk 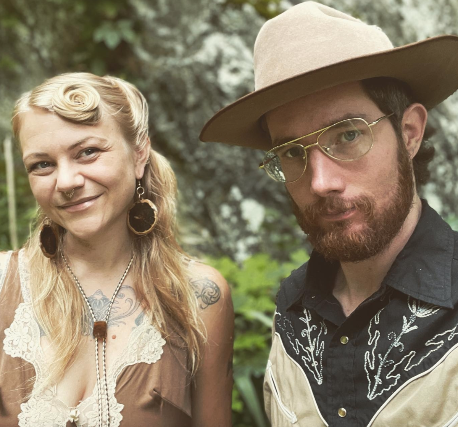 The Resonant Rogues’ dark Appalachian folk paints a picture of their lives in the mountains of Western North Carolina and on the road. Anchored by the songwriting duo of Sparrow (banjo, accordion) and Keith Smith (guitar), they’ve traveled the byways and highways of America and crossed the oceans with instruments in tow. From riding freight trains to building their own homestead, the pair are no strangers to blazing unconventional trails. At once rooted and adventurous, each song tells a story of real experiences, friendships, and challenges.

Jenny Don't and the Spurs
Rock 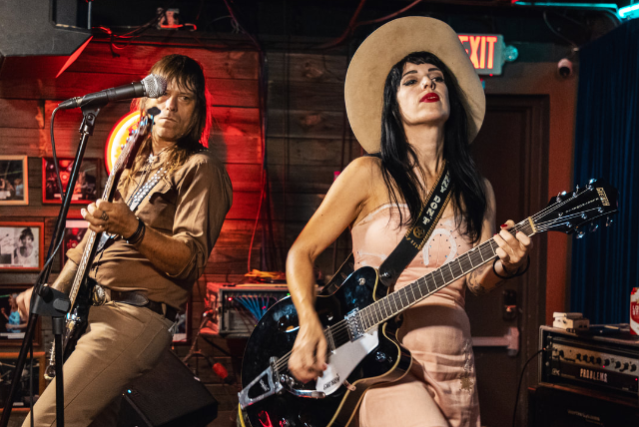 Since their inception in 2012, the Spurs have kept a relentless schedule of recording, playing locally, and touring. After nearly 500 live appearances in almost a dozen countries, and with a slew of albums and singles to their name, Jenny Don’t and The Spurs are just getting warmed up.

The Spurs were founded one cold, winter’s evening by Jenny and Kelly. Jenny had been fronting her own band, DON’T, for some time, as well as playing the occasional solo acoustic set here and there. Kelly, who had been in a slew of Portland punk bands since the 80’s, and who had spent the previous several years balancing a grueling touring schedule playing drums with the garage rock trio PIERCED ARROWS and bass with Portland punk-rock destroyers P.R.O.B.L.E.M.S., and wanted to switch gears a bit. After the concept of forming a raw, real, and back-to-the-roots country band had taken hold, it wasn’t long before the couple was rehearsing a seminal set of standards by such influential early country crooners and outlaws like Patsy Cline, Loretta Lynn, Ernest Tubb, and Hank Sr., as well as a sprinkling of originals. It was only a few weeks later that Kelly’s bandmates Fred and Toody Cole got wind of the developing musical project that was taking form in Jenny and Kelly’s kitchen and decided to call their bluff by giving them an unsolicited support slot on an upcoming show featuring the Cole’s own solo two-piece act. Not having anticipated such a high-profile live appearance as a first live outing, and feeling like the guitar-and-bass-only lineup that the band had started life as was lacking something on the rhythm end of things, they decided to ask their friend Sam Henry to join them on drums. Sam, who in addition to being Jenny’s bandmate in DON’T and sometimes solo-set-collaborator, had already had a long, well-respected career as one of Portland’s best drummers, having played with such first-generation punk bands as the Wipers, The Rats and Napalm Beach. After a couple of weeks of practice, the debut live appearance of the band went off without a hitch and the core lineup of Jenny Don’t and The Spurs was born. The trio of Jenny, Kelly, and Sam existed in this form for the first year-an-a-half or so of the band’s existence, playing whatever local venue would take them – bars, clubs, porches, basements, backyards, and even a bookstore. This worked well for a while, and occasionally the Spurs would enlist talent from a pool of several friends to sit in on lead guitar or lap steel. The addition of a second guitar rounded out the sound of the band to the point where Jenny and Co. decided to make it a permanent part of the band’s lineup. After a couple of false starts and a bit of difficulty finding a fourth member who could commit to the Spur’s sometimes grueling touring schedule, the incredible Christopher March became a member of the family in early 2017. Christopher brought with him a wealth of talent and live gig experience, having spent years playing on the Northwest Country, Rockabilly, and Honky-Tonk circuit.

This lineup – Jenny, Kelly, Christopher, and Sam – formed the core of the group for several great years, solidifying the band’s sound and enabling them to tour extensively until January of 2022.  It was at this point, while on their winter West coast tour in California, that Sam began experiencing abdominal pains.  His discomfort increased to the point where the band had to cancel the last date of the tour in order to get Sam to the hospital, where he was diagnosed with late-stage cancer.  This was devastating news for Sam, the band, and all of the people around the world that loved him, and when, only weeks later, Sam passed away after a brief battle with the disease, everyone was stunned. As saddened and lost as the remaining members of the band were, there was really no question as to whether the band would continue.  Sam was truly dedicated to his art until the very end, and there was no way that he would have wanted the band to dissolve.  He had dedicated his life to his music and the last ten years of his life to Jenny Don’t and The Spurs, and the surviving members of the band decided without reservation to keep Sam’s legacy alive by continuing to play.

With a decade of live appearances under their tooled-leather Western belts, the Spurs aren’t slowing down a bit. The Spurs are a musical force to be reckoned with, and the intensity and energy of their live set is a must-see for anyone who enjoys spirited garage-infused country music played with sincerity and raw conviction.
G.W. Henderson
Folk 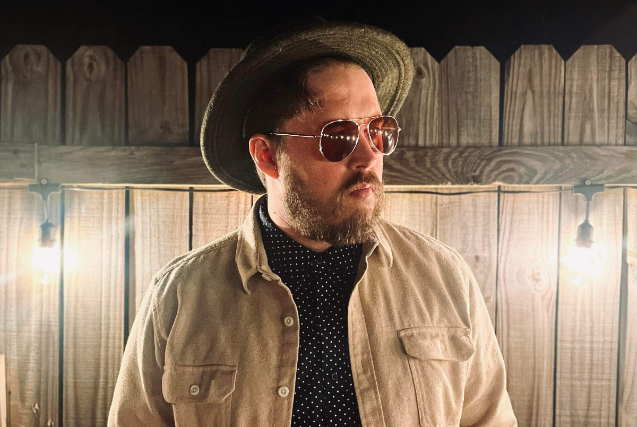 G.W. Henderson was born and raised in Birmingham, AL. He is a multi-instrumentalist, playing guitar, mandolin, and banjo. His repertoire consist of old time, hillbilly, and country blues. He has been featured on Radio Bristol and WDVX Knoxville.
Media
Media